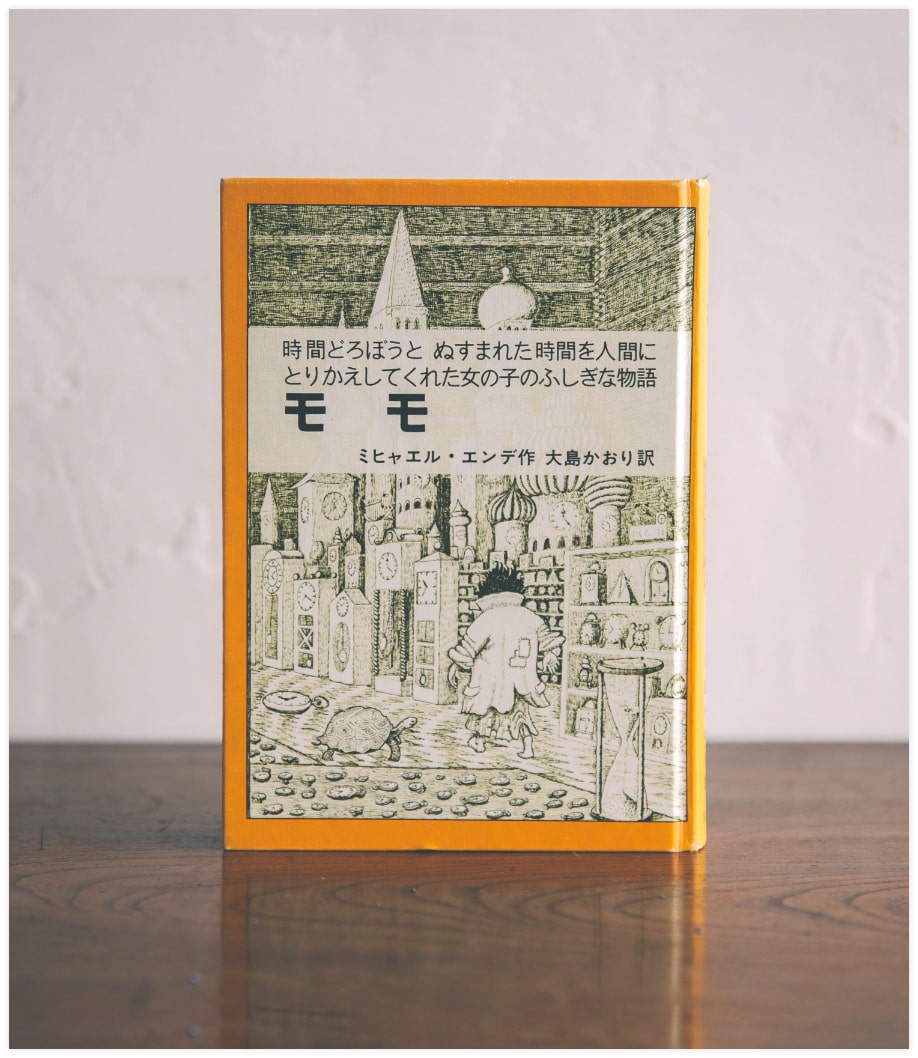 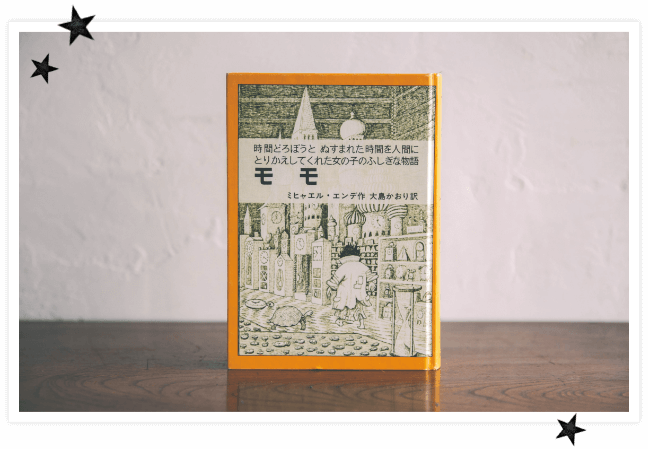 The Guesthouse that Cherishes the Values of “Momo”

“Momo” is a children’s novel written by German writer Michael Ende.
Its story is about a rather odd girl Momo getting her stolen time back from time thieves.
It’s not only an adventure story for children, but also a deep literature that makes us think about “what time means”.
The owner of this guesthouse was deeply encouraged by reading “Momo” when he made a big decision in his life.
It led him to create this guesthouse based on values of this story. 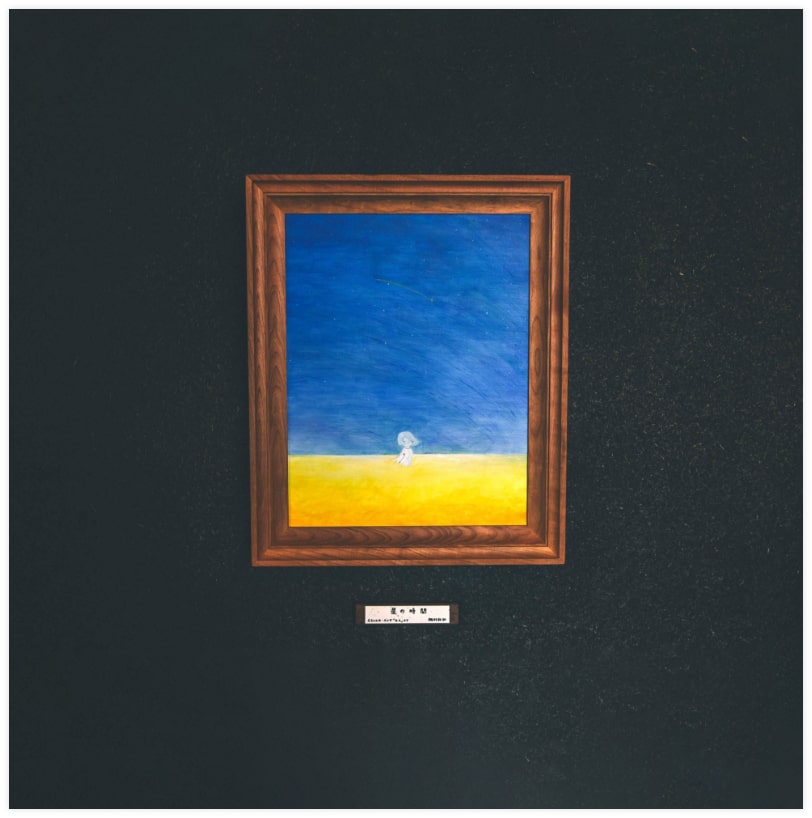 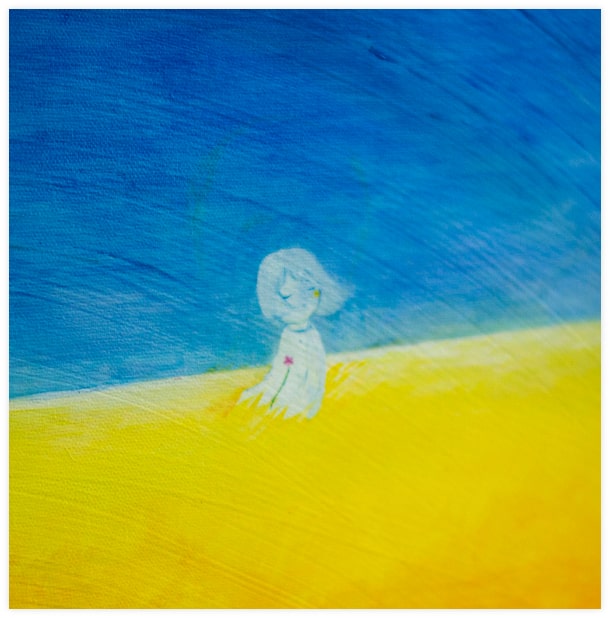 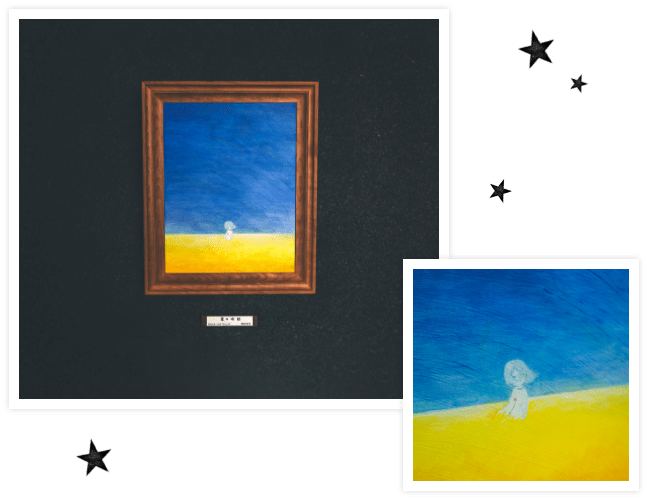 The Picture “The Time of Stars” Expresses Our Concept

After deciding the concept along with values of “Momo”, the owner thought of decorating the guesthouse with a picture themed on “Momo”.
The artist he chose: Kaeko Tanamura.
He thought that her style to express abstract concepts with sensitive strokes matches well with “Momo”.
He simply asked her to draw a picture themed on “Momo”.
The scene she selected was an important scene in the latter half of the story, in which Momo listened to the voices of the time of stars.
Momo stands on the shiny ground and looks happy. The voices come to appear calmly from the distant stars.
The beautiful picture “The Time of Stars”, with a beautiful contrast between blue and yellow, was born. 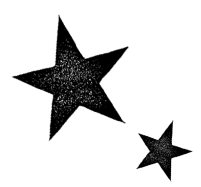 Why We Named the Guesthouse “The Nowhere House”

He thought it would fit well for the guesthouse where “time” is valued.
But are we allowed to use the name that appears in the story?
The owner couldn’t get a definite answer although he asked many people about it.
He finally asked Iwanami Shoten, the company which published “Momo”.

To his surprise, their response was that they would confirm it with the bereaved family of Ende in Germany.
However, it would be nothing but a risk for the family. They can be called on account if the name is used for a bad purpose after they permit it.
So the owner waited for the answer without much hope. It was already enough for him that Iwanami reached out to Germany for him.

After a while, he got an reply from the Ende family through Iwanami.

The brief summary of it was below.
- We don’t own the copyright of the name “Nowhere House”, therefore we’re not in the right position of permitting Yes or No legally.
- However, we think it is very important that the name “Nowhere House” is associated with the writer Michael Ende.
- We would be grateful if you could make it clear to your guests that your guesthouse is related to “Momo” and Michael Ende.

The owner read this reply again and again.

The more he read it, the more he felt as if Ende himself sent him this message and the happier he became.

And thus, our guesthouse was named “The Nowhere House”.